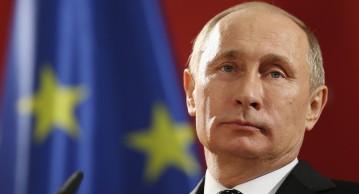 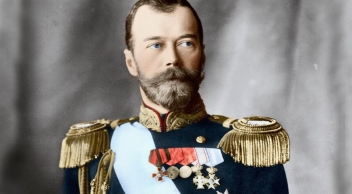 This year sees the centenary of the assassination of the Russian Tsar Nicholas II, his wife Alexandra, and their five children, Olga, Marie, Tatiana, Anastasia and Alexis, who were shot and bayoneted to death by a Bolshevik firing squad in the cellar of the Ipatiev House in the Urals city of Ekaterinburg, on July 16, 1918.

Fiction writers have always been drawn to the story of the last Romanovs. Anastasia was the subject of my novel, The Pretender, which has recently been reissued as an e-book by Jonathan Cape, while Irish writer John Boyne wrote of the royal family’s last days in his 2009 novel,  The House of Special Purpose. (This was how local commissars referred chillingly to the Ipatiev House.)

Ironically, the reputation of Nicholas has enjoyed a rehabilitation under Russia’s current president, Vladimir Putin. The process started in August 2000 when the once reviled Nicholas (his moniker was Nicholas the Bloody) and his family were proclaimed martyrs and saints by the Russian Orthodox Church with whom Putin has developed an increasingly symbiotic relationship. He received a special blessing from the church’s Patriarch Kyrill after his inauguration as president in May.

The problem with deifying – or in this case re-deifying Nicholas – is that it sets him once again on a pedestal. Martyrs, surely, can do no wrong.  Not so, according to a lavish new historical drama, Matilda, which brings to the screen the story of Nicholas’s affair with prima ballerina Matilda Kschsinskaya in the 1890s.

The affair – in that great royal tradition – was an open secret in imperial circles at the time, so the $25m  film, partly sponsored by the Russian Ministry of Culture, was not revealing anything new.  But its steamy sex scenes and nudity (Matilda, apparently, has a wardrobe malfunction with her tutu in the middle of Swan Lake) has given scandal to Russian Orthrodox believers and excited accusations of blasphemy.  When trailers of the film were shown in Ekaterinburg  there was an arson attack on the cinema in question. The studio which produced it was fire-bombed. Protesters flung 30 pieces of silver at one of the actors at the Moscow premiere.  One of their placards read – “Matilda slanders the anointed”.

These sentiments were echoed by Russian MP Natalia Poklonskaya who spearheaded the campaign to have the film banned.  In a TV interview she said: “You can’t show saints having sex.”

Nicholas is an unlikely choice as a racy romantic lead.  He was devoted – or some would say – enslaved to his German-born wife, and her dodgy political opinions formed by her association with the mad monk Rasputin. But apart from his pre-marital affair with Kschsinskaya, he was a faithful family man.  As a leader, however, he was disastrously weak and indecisive, while also believing in his divine right to rule. It was a deadly combination. Writer and activist China Miéville, author of  October: The Story of a Revolution, described the last official Tsar of Russia as a “well-educated vacuity stuffed with the prejudices of his milieu” and given to “bovine placidity”.

He was also the subject of the 1977 British biopic, Nicholas and Alexandra, and the Romanov myth has excited Hollywood’s interest in the past. Ingrid Bergman played Anastasia in 1956 in the film of the same name, and Disney reprised it with an animated version in 1997.

The fascination with the Russian royals is not just the stuff of film lore. Mr Putin has a personal and political interest in the lost leader since he sees himself as part of Russia’s imperial legacy. Two stated aims of his presidency are to re-establish the pre-eminence Russia enjoyed under Tsarist rule, and to exhort Russians to return to their Orthodox church roots. (This is a far cry from the 1970s  when the Ipatiev House seen as a rallying point for monarchists was demolished on the orders of the then local Communist Party boss, Boris Yeltsin.)

Mr Putin has not commented on the film bar noting the director’s Alexei Uchitel’s patriotism.  Romantic melodrama aside, Uchitel’s contention is that if the young Tsar in waiting had run off with Kschsinskaya instead of marrying Alexandra and taking on the burden of leadership, Russia’s history might have been very different.

Despite the protests, and Poklonskaya’s vocal campaign, Matilda went on general release in Russia last October and was shown on UK screens in April.

As to the film itself, Viv Groskop writing in the Guardian, described it as “a delightfully watchable romp with many unintentionally funny subplots. (Especially the eccentric German shaman /scientist who appears to be channelling the Nazi commander in Raiders of the Lost Ark.)”.

Now I really want to see it!

But the film itself is almost beside the point, except for those who get their history exclusively via the big screen.  The real wonder is that a disgraced and defunct monarchy is still exerting political influence and ruling public opinion in Russia a hundred years after its demise. Lenin will be turning in his grave.