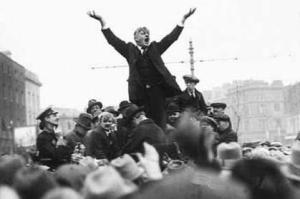 James Larkin during the 1913 Lock-out

Apparently, Sean O’Casey, the great Irish playwright, killed off his sister Bella in his autobiography a good ten years before she actually died — hmm. What was that about? Mary Morrissy wrote her new novel while she was fuelled by the same question. I’ve been reading drafts of this novel for some time, and I remember saying to myself at the very first, “This is going to be a good one!” I was right. Mary’s novel is beautifully written and, almost accidentally, perfectly timed for the string of historical anniversaries Ireland is commemorating in this decade, including the 1913 Lock-out, the 1916 Rising and the outcome in the 1920s. Brandon did well to pick this up. I’m almost sorry for those that didn’t (not really!).