Siblings are often in danger of being traduced in print when there’s a writer in the family. Sometimes they bite back, biographically or fictionally. Others, like Bella Casey, the heroine of The Rising of Bella Casey (Brandon Press, 2013), my novel about the Irish playwright Sean O’Casey and his sister, don’t get the chance of a right to reply.  One of the triggers for writing Bella’s story was O’Casey’s decision to kill her off  ten years before her time in his autobiography.

Perhaps the best known set of literary siblings were the Brontës, but they happily shared a literary territory, particularly as teenagers. Later, the sisters’ fictional depiction of one another seems to have been heavily disguised – and, more importantly, was not contested. In the course of my research, I did some trawling through works where literary siblinghood was either hotly debated on the page, or – as in the case of Bella Casey –  a sister or brother was airbrushed out of the family album.

This early work featured many episodes drawn from Joyce’s family life and, in particular, Stephen’s close relationship with his brother, Maurice (read Joyce’s real-life brother, Stanislaus, pictured above) Joyce subsequently rewrote it as A Portrait of the Artist as a Young Man but he excised much of the material relating to Stanislaus. In later years, Stanislaus wrote a psychologically riveting memoir of Joyce’s early life, My Brother’s Keeper. “It is terrible,” he observed “to have a cleverer older brother. . .I perceive that he regards me as quite commonplace and uninteresting – he makes no attempt at disguise – and though I follow him fully in this opinion I cannot be expected to like it.”

Susan Minot’s “semi-autobiographical” debut novel caused a family storm when it was published in 1986. It follows the lives of the seven Vincent children, their Catholic mother and alcoholic father in an atmosphere of New England privilege. The novel inspired a veritable symphony of competing sibling creativity. Sister Eliza Minot published The Tiny One in 1999, covering the same events, brother George penned a murder mystery, The Blue Bowl,  about a large family in which one of the sons is accused of killing his father. Sam Minot, who claimed the father-killer character in George’s novel was based on him, replied with a self-published memoir entitled The Strange Poverty of the Rich. There are three other Minot siblings who have yet to contribute to the debate.

A Brontean tale of two sisters who as children share an imagined alternate universe based on the Arthurean tales, but who are divided by the same creativity as adults. When Cassandra, a single Oxford don, sees one of her childhood fantasies portrayed in her sister Julia’s novel, the stage is set for a showdown. Byatt’s sister, Margaret Drabble, described the novel as “a mean-spirited book about sibling rivalry and she sent it to me with a note signed ‘With love,’ saying ‘I think I owe you an apology’.”

Drabble’s first novel, The Summer Bird-Cage was also about a pair of rivalrous sisters, one single and the other who opts for a wealthy marriage. But it was not until Drabble’s 2011 novel, The Peppered Moth was published, that Antonia Byatt railed publicly against her sister’s fiction. Byatt was exercised by the character of Bessie Bawtry in the novel which is based on the Drabbles’ mother, Kathleen. She is quoted as saying that she “would rather people didn’t read someone else’s version of my mother”.

Louisa May Alcott did not have the same problems when she mined sibling territory for her series of novels about the March sisters – maybe because the proceeds were going towards supporting them. Troubled by her family’s genteel poverty, she vowed at age 15 that she would be rich. Little Women was a commissioned work; her publisher wanted “a book for girls”. The novel, based on Louisa and her sisters coming of age in the American Civil War, was published September 30, 1868 and was an instant success. 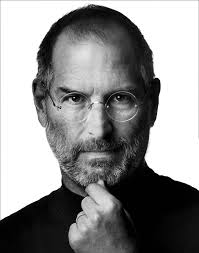 Tom Owens drops out of college and becomes a Silicon Valley biotech millionaire. He’s a barefoot in the boardroom kind of entrepreneur who eventually gets pushed out of the company he helped create. Sound familiar? Simpson’s brother was Apple founder, Steve Jobs, above, who was adopted days after birth. Simpson’s novel is written from the point of view of Owens’ estranged daughter, Jane. Jobs’ response to the novel is not recorded but Lisa Brennan-Jobs, his daughter by a first marriage, was furious. “In the first few pages, I was confronted with my family, my anecdotes, my things, my thoughts, myself in the character Jane. And sandwiched between the truths was invention—lies to me, made more evident because of their dangerous proximity to the truth.”

Hippie mother Julia leaves the predictability of Tunbridge Wells with her two daughters, aged 4 and 7, for Morocco where they live a low-rent life in Marrakech. The elder girl, Bea, based on Freud’s sister, Bella, insists on a conventional life in the midst of the chaos, going to school etc while the younger sister and child narrator of the novel watches uncomprehendingly as her rackety mother hitches herself up to various men and explores Sufism while the family slides further into impoverishment. When asked what her sister thought of the autobiographical novel, Esther Freud said Bella’s memories of the sojourn in Morocco were not compatible with hers. But she added that her sister had relished the novel.

Frank McCourt ‘s fictionalised memoir was a fore-runner of the misery lit genre back in 1996. Its depiction of a miserable Irish childhood with a brood of brothers enraged the residents of Limerick where the McCourts grew up. McCourt’s brothers, Malachy and Alphie each subsequently produced memoirs of their own – A Monk Swimming and A Long Stone’s Throw respectively. They didn’t argue with their brother’s account; they merely added their own voices to the family narrative with further adventures, mostly in the US.

Lionel Shriver’s latest novel is inspired by her dangerously overweight brother Greg, who was contemplating gastric surgery when he suffered a fatal heart attack in 2009. Shriver has turned the story into a novel in which the brother – now called Edison – takes charge of his obesity with a rigorous diet imposed by his sister, Pandora, with weight issues of her own. Shriver was determined to fictionalise her brother’s story. “It was the inspiration,” she said of his death. But she added that her real brother was very complicated. “I don’t think he would’ve fit in a book.”  And if he were still alive, the novel might never have been written. 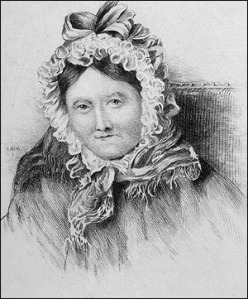 I wandered lonely as a cloud, Wordsworth wrote, but by right he probably should have used the first person plural. He was with his devoted sister Dorothy (in the portrait above) when they saw the long belt of daffodils as she notes in her diary. “. . . they grew among the mossy stones and about them, some rested their heads upon these stones on a pillow for weariness & the rest tossed and reeled and danced & seemed as if they verily laughed with the wind. . . ” Dorothy’s journals were full of observations of nature and the siblings’ life together, some of which found their way into Wordsworth’s verse. Indeed, he consulted her journal when he came to write Daffodils and that, it seems, is how she intended it. It was for William that Dorothy kept the journal.