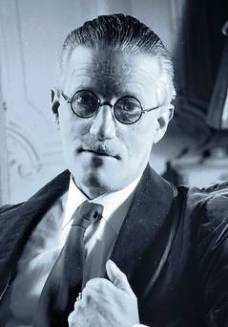 I’m really thrilled with this review by John Boland  in the Irish Independent of Dubliners 100, which gives special mention to  An Encounter, my take on Joyce’s story of the same name. The book, from newcomers Tramp Press – run by the indefatigable Lisa Coen and Sarah Davis-Goff –  showcases the work of 15 contemporary Irish writers who recast Joyce’s stories a hundred years after they first appeared in 1914.

‘It is not my fault,” James Joyce told his London publisher, Grant Richards, “that the odour of ashpits and old weeds and offal hangs round my stories. I seriously believe that you will retard the course of civilisation in Ireland by preventing the Irish people from having one good look at themselves in my nicely polished looking-glass.”

Less vehemently, he also told Richards that his intention was “to write a chapter of the moral history of my country and I chose Dublin for the scene because that city seemed to me the centre of paralysis. I have tried to present it to the indifferent public under four of its aspects: childhood, adolescence, maturity and public life”.

He wrote those words more than a 100 years ago and now, on the centenary of the first publication of Dubliners, we are offered 15 new stories bearing the same titles that Joyce used, each of them written by a contemporary irish author, and each of them purporting to offer modern ‘cover versions’ of the original.

That, at any rate, is the phrase used by Thomas Morris, who has edited the book for Tramp Press, which was founded in the past year by Sarah Davis-Goff and Lisa Coen, both of whom met when when they worked at Antony Farrell’s Lilliput Press – where the former discovered Donal Ryan’s The Spinning Heart, which was previously rejected by more than 40 publishers.

It’s unclear, though, what Morris (who recently took up editorship of The Stinging Fly magazine) means by “cover versions” – indeed, his blithely offhand introduction, which is more about himself than the project in hand, suggests not only that he’s unsure himself, but also that he’s not really too bothered about it anyway.

This may explain why he includes a story by Paul Murray that was originally published in 2011 under the name Saint Silence and that’s here been retitled A Painful Case, even though its account of the strange relationship that evolves between a contemptuous (and implausible) restaurant critic and a contemplative monk bears only the most tenuous connection, whether in scenario or tone, to Joyce’s tale about Mr James Duffy.

Nor can it easily be discerned how Patrick McCabe’s raucously fanciful The Sisters bears any relation to Joyce’s opening story, or Peter Murphy’s laboriously contrived The Dead to its majestic antecedent.

And a few other stories are simply too poorly conceived and executed to have merited inclusion in any serious collection. But there are some intriguing – and, indeed, a few outstanding – stories here by writers who have sought to imagine current correspondences to their assigned originals – even if very obliquely in the case of Donal Ryan’s take on Eveline and Eimear McBride’s on Ivy Day in the Committee Room.

Yet while Ryan and McBride have been the two greatest recent discoveries in Irish fiction, the finest stories here – and also the truest to the spirit of the enterprise – are by less acclaimed writers, though mention should also be made of John Boyne’s Araby, in which a boy’s crush on a rugby-playing older boy evokes some of the desolation to be found in Joyce’s original beautiful story. John Kelly’s A Little Cloud, which recasts the condescending Ignatius Gallaher as a New York-based novelist and has him meeting the hapless Little Chandler (here Inky Chandler) in the Merrion Hotel, is also persuasive, as is Andrew Fox’s After the Race, set in Manhattan and involving boasting businessmen as the embodiments of paralytic malaise. Joyce would have known them for what they are.

And he would have appreciated Michelle Forbes’s affecting version of Clay, in which Maria has become the overweight and innocent Conor making his way home to the bleak domestic outpost of Cherrywood, where he’s mocked by a group of trick-or-treating teenage girls.

He would have recognised, too, the hollowness of housewife Kathleen’s existence in Elske Rahill’s A Mother. The story falters towards the end, but the desperation of the loveless Kathleen as she contrives a ghastly social evening is poignantly captured.

Finest of all, though, is Mary Morrissy’s reimagining of that great story, An Encounter, with mitching schoolboy Joe Dillon now becoming schoolgirl Jo Dillon as she and the narrator embark on a mundane though ultimately life-changing jaunt through the middle-class peacefulness of Churchtown and Dartry. The story stands on its own but it’s also true to the spirit of Joyce, who would have applauded its lovingly detailed evocation of place.

4 thoughts on “True to the spirit of Joyce”