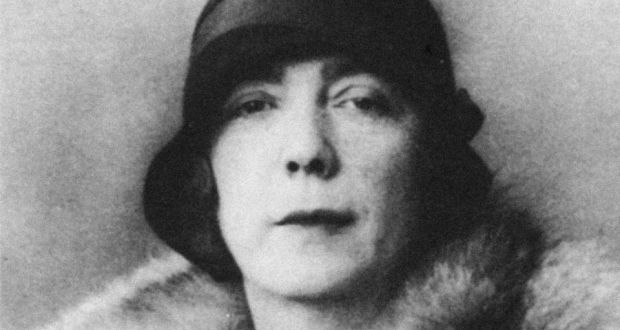 T’is the season for exhumations. First it was Franco, now it’s Joyce.

Dublin city councillors agreed last week to approach the Government with a view to repatriating the remains of  James Joyce, buried with his wife Nora Barnacle in Fluntern cemetery in Zurich. Labour councillor Dermot Lacey, who proposed the motion, said it would be “honouring someone’s last wishes” – a delightfully vague locution. Does he mean Joyce?  Does he know something we don’t?

However, unwittingly, Cllr Lacey is right.  Seventy years ago, it was Nora Barnacle’s hope that Joyce’s remains be returned to Ireland. It was a matter of honour for her, perhaps tinged by a touch of funeral envy.

In 1948, still living in Zurich because she wanted to be close to her husband’s grave, Nora observed the official pomp and ceremony with which the body of the poet W. B. Yeats was repatriated to Ireland from the south of France where he’d died in 1939. (Yeats had long expressed a wish to be buried in Drumcliff  churchyard in Sligo.)

“The coffin was taken from France to Galway bay by a ship of the Irish navy; there the widow, her children and the poet’s brother were piped aboard.  Then a funeral procession escorted them from Galway to Sligo where Yeats was buried with a military guard of honour and representation from the Irish government,” writes Brenda Maddox in her biography of Nora. “Why not the same for Joyce?”

The answer at the time, of course, was that Yeats was in much higher standing in Ireland than Joyce was; he had served as a Free State senator, a “smiling, public man”, whereas Joyce remained in the Irish imagination of the time as “shocking, blasphemous and arrogant”, as Maddox puts it, whose books if not outrightly banned were seized at the borders.

However, unofficial approaches were made. Joyce’s American patron, Harriet Shaw Weaver asked Count Gerald O’Kelly, a former diplomat and art critic and Georgian afficionado, Constantine Curran, a boyhood friend of Joyce’s, to inquire if the Irish Government or the Royal Irish Academy would consider requesting the return of the body.

Miss Weaver believed that if Joyce’s remains were repatriated, then Nora and Joyce’s son, Giorgio, might consider returning themselves.  (Nora had told American interviewer, Sandy Campbell, that she’d like to have a “cottage in Ireland, but the Irish don’t like Joyce so there you are”.)

Maria Jolas, another lifelong campaigner for the Joyces, added her support saying that Joyce ‘s body should be be brought back because his widow wished it and because he was a towering figure of Irish literature.  With a view to her audience, she also declared that Joyce remained a good Catholic.

But this view was not shared in Dublin.  Count O’Kelly’s back-channel inquiries revealed there was little support for Joyce’s repatriation.  Ireland had apparently not forgiven him for his scandalous work and the plan came to nothing.

Unlike the 1948 campaign, the present move by Dublin city councillers seems motivated more by gain than honour.  The James Joyce “industry” has long been a tourist goldmine for the city.

The Bloomsday celebrations – memorialising June 16, 1904, the day Joyce had his first date with Nora, and the date he chose to set his novel Ulysses on – is a fixture on the tourist calendar, although it started as a spontaneous tribute to the writer by a small group of literati in Dublin.

The shambolic expedition, complete with two horse-drawn cabs – echoing the one taken by Bloom and his friends to Paddy Dignam’s funeral in Ulysses – was cut short before all the sites in the novel could be visited, due to the amount of alcohol that was consumed and the fractious mood of the participants. (Fisticuffs threatened between O’Nolan and Kavanagh)

Since then, Bloomsday  – still observed and enjoyed by Joyce’s literary admirers – has been all but hijacked for its tourist potential by the Dublin authorities.  It’s those same authorities who’ve been leading the charge to dig up Joyce from his burial place in Zurich and bring him home.

The Swiss authorities are thinking the same way. Director of the Joyce Foundation in Zurich, Fritz Senn said there would be “resistance” in Switzerland as Joyce’s  grave has become a major tourist attraction there. After all, Senn pointed out, Joyce never accepted Irish citizenship and the Irish Government of the time neglected to send an envoy to his funeral.

The Swiss provided much-needed sanctuary for the Joyces at the the outbreak of World War 2 and Nora continued to live there till her death in 1951.

Both cities clearly have their eye on the next big Joyce anniversary which comes in 2022, marking 100 years since the publication of Ulysses.

In the meantime, is it a case of bring up your bodies? If so, who’s next – Samuel Beckett?  Look out, Montparnasse!